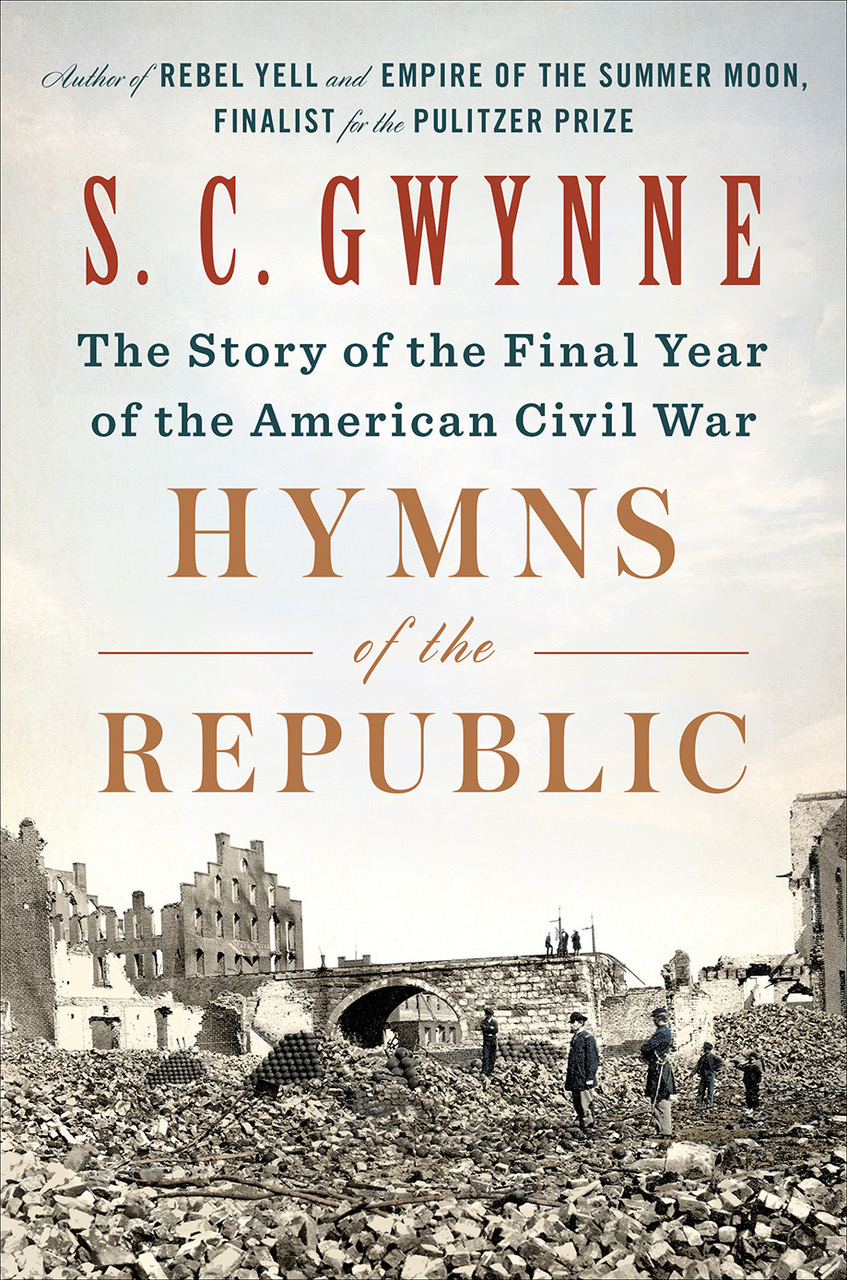 Lecture - 7pm ; FREE and open to the public

Book signing to follow. Books will be available for purchase at the event.

From the New York Times bestselling, celebrated, and award-winning author of Empire of the Summer Moon and Rebel Yell comes the spellbinding, epic account of the dramatic conclusion of the Civil War.

The fourth and final year of the Civil War offers one of that era’s most compelling narratives, defining the nation and one of history’s great turning points. Now, S.C. Gwynne’s Hymns of the Republic addresses the time Ulysses S. Grant arrives to take command of all Union armies in March 1864 to the surrender of Robert E. Lee at Appomattox a year later. Gwynne breathes new life into the epic battle between Lee and Grant; the advent of 180,000 black soldiers in the Union army; William Tecumseh Sherman’s March to the Sea; the rise of Clara Barton; the election of 1864 (which Lincoln nearly lost); the wild and violent guerrilla war in Missouri; and the dramatic final events of the war, including the surrender at Appomattox and the murder of Abraham Lincoln.